Accueil › Les 4 notions › Definition of the notion « Myths and Heroes »

Definition of the notion « Myths and Heroes »

What is a myth? 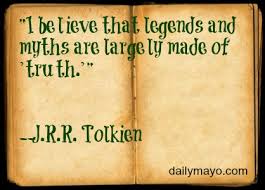 A myth is a story that may or may not be true. There may not be records or other proof that they happened, but at least some parts of myths may be true. Some myths may have started as ‘true’ stories but as people re-told them some parts may have been changed by mistake, or to make them more interesting. All cultures have myths and this mythology has been developed over time. Mythology includes the legends of our history, our religions,  stories of how the world was created, and our heroes. These stories have great symbolic power, and this may be a major reason why they survive as long as they do, sometimes for thousands of years.

What is a hero?

– a defender of common values