Understanding the US Presidential Elections 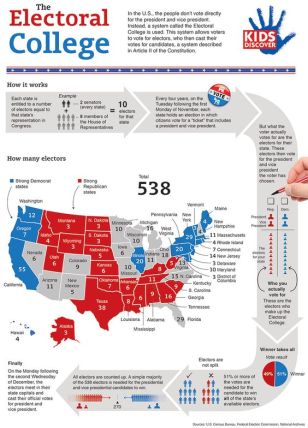 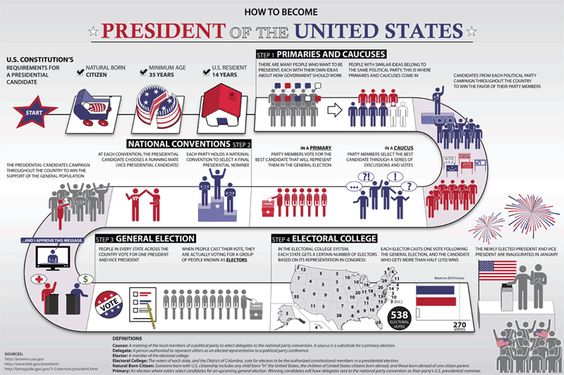 One of the most covered topics in the news at the moment is the US Presidential Elections. So to start off this new school year let’s take a look at the process:

An election for President of the United States occurs every four years on Election Day, held the first Tuesday after the first Monday in November. The 2016 Presidential election will be held on November 8, 2016.

The election process begins with the primary elections and caucuses and moves to nominating conventions, during which political parties each select a nominee to unite behind. The nominee also announces a Vice Presidential running mate at this time. The candidates then campaign across the country to explain their views and plans to voters and participate in debates with candidates from other parties.

During the general election, Americans head to the polls to cast their vote for President. But the tally of those votes—the popular vote—does not determine the winner. Instead, Presidential elections use the Electoral College. To win the election, a candidate must receive a majority of electoral votes. In the event no candidate receives the majority, the House of Representatives chooses the President and the Senate chooses the Vice President.

Has the US media helped Trump get where he is?